In 2018, the Poor People’s Campaign: A National Call for Moral Revival (PPC) launched in the US, pursuing the unfinished work of the 1968 Poor People's Campaign organized by Martin Luther King Jr., the National Welfare Rights Organization, and many others.

Together with the Global Women’s Strike, Payday fully endorsed the Poor People’s Campaign from its launch. We are PPC national partners and active in the Pennsylvania state coordinating committee.

The PPC brings people together in a cross-movement “fusion” coalition, against the evils of systemic racism, poverty, the war economy and militarism, ecological devastation, and the distorted moral narrative of religious nationalism. Those most impacted are the voices that are front and center in the PPC.

This multiracial and multigenerational movement is bringing together the 140 million poor and low income people in rural, urban and suburban communities across the US, and also campaigns for universal healthcare and against the poisoning of our food, water and the air we breathe.

War is the Enemy of the Poor

Rev. King said that 'war is the enemy of the poor'. Today out of every dollar in US federal discretionary spending, 53 cents go towards the military, 15 cents on anti-poverty programs. US military and US-financed actions around the world have killed millions in Afghanistan, Haiti, Honduras, Iraq, Palestine, Syria, Yemen, etc. with women and children the majority of the casualties.

Militarism abroad has gone hand in hand with militarization of US borders and of impoverished communities across the US, with rampant killings and other violence by police and prison guards, in particular against those of us who are Black, Native American and Latinx, young people and people with disabilities.

The Poor People's Campaign launched with 40 Days of Action in state capitols around the country on the day after Mother's Day, March 2018. Payday together with Global Women's Strike in Pennsylvania helped coordinate the program and participated in the moral nonviolent direct action in the street outside the capitol building in Harrisburg. Read our press release. 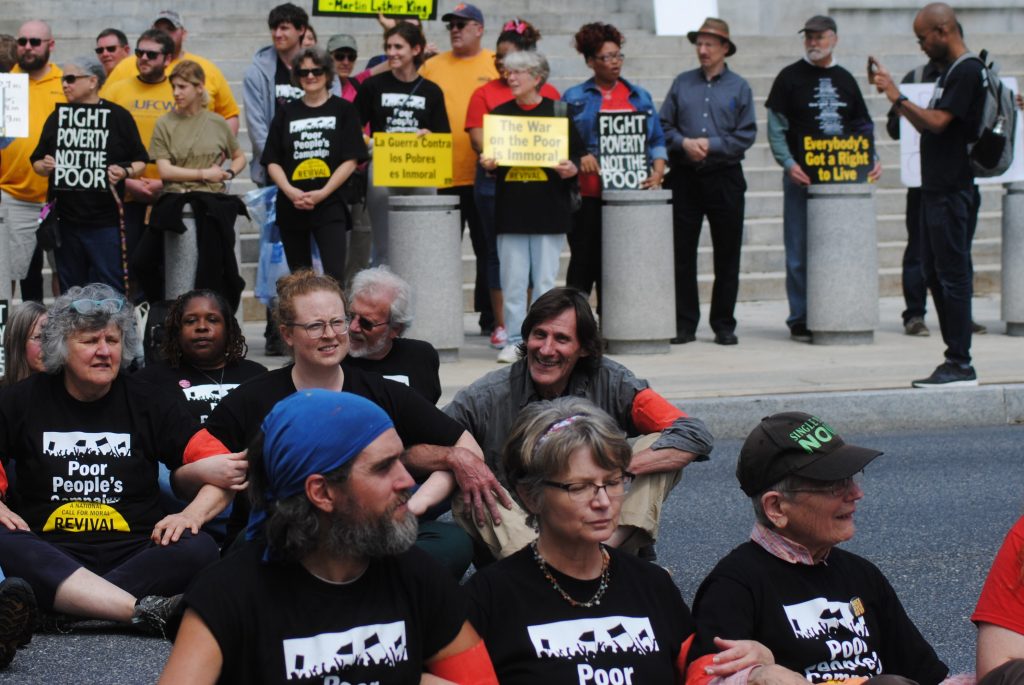 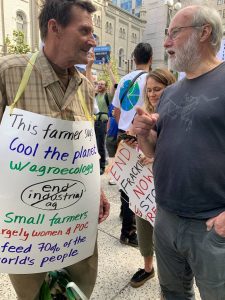 On 13 June 2020, Dean Kendall, subsistence farmer and member of Payday, spoke on the poverty of US farmers 'half of whom had a farm income below zero' in 2019.  For Dean, 'most are trapped in a corporate-driven system of chemicalized industrial farming designed to extract and pocket every last bit of profit from our work.'  This speech was part of the virtual event We Can’t Go Back: The Plague of Ecological Devastation in Pennsylvania  organised by the Poor People’s Campaign Philadelphia.

In December 2021, we joined a caregivers' delegation to the PPC Moral Monday action in Washington, DC to press for passage of the Build Back Better Act, in particular the continuation of the extended Child Tax Credit (CTC). Members of Global Women's Strike (GWS), Women of Color/GWS, and Payday traveled from the San Francisco Bay Area and Philadelphia PA to take part. Hundreds participated from 33+ states, 71 people were arrested in mass nonviolent civil disobedience, including three from our delegation. Read full report. 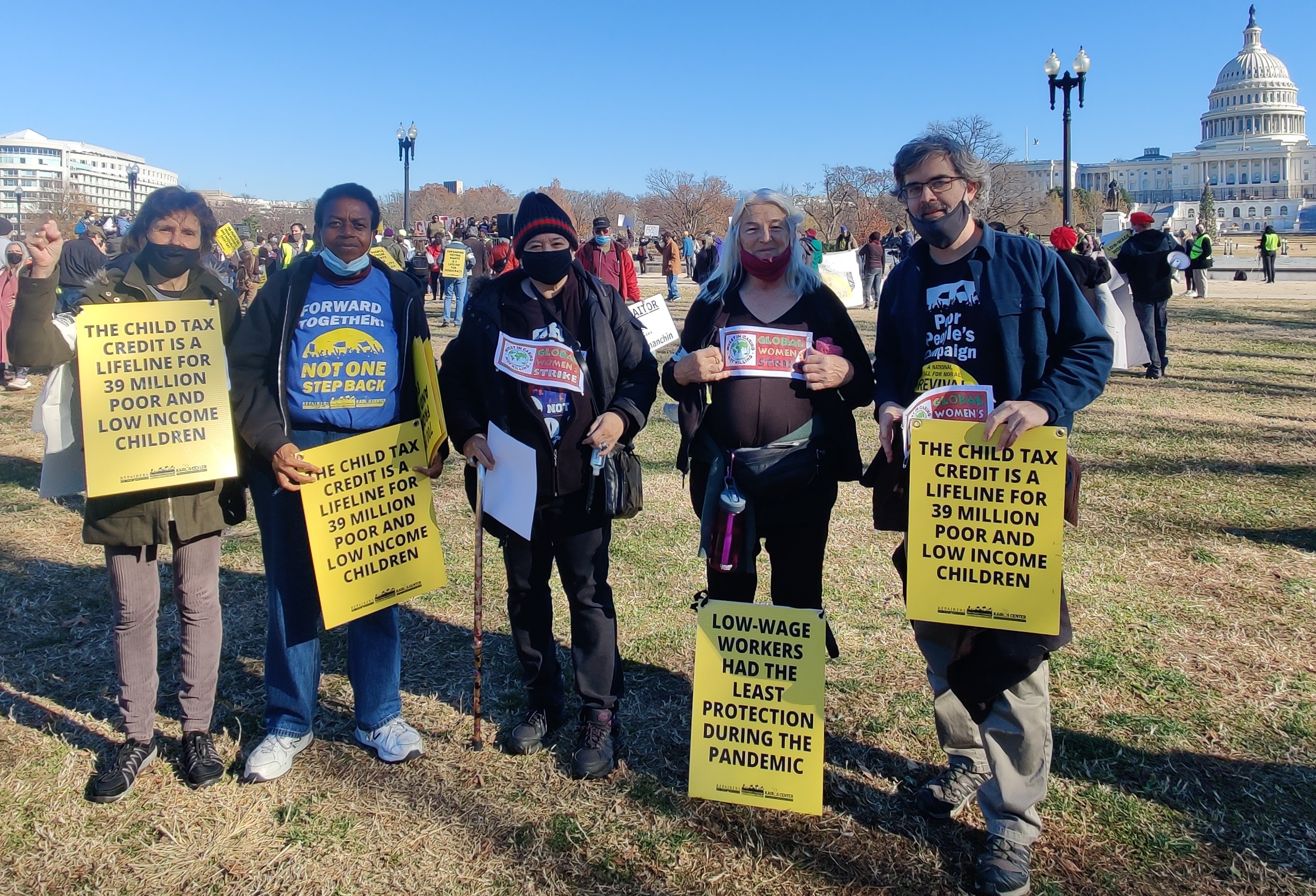 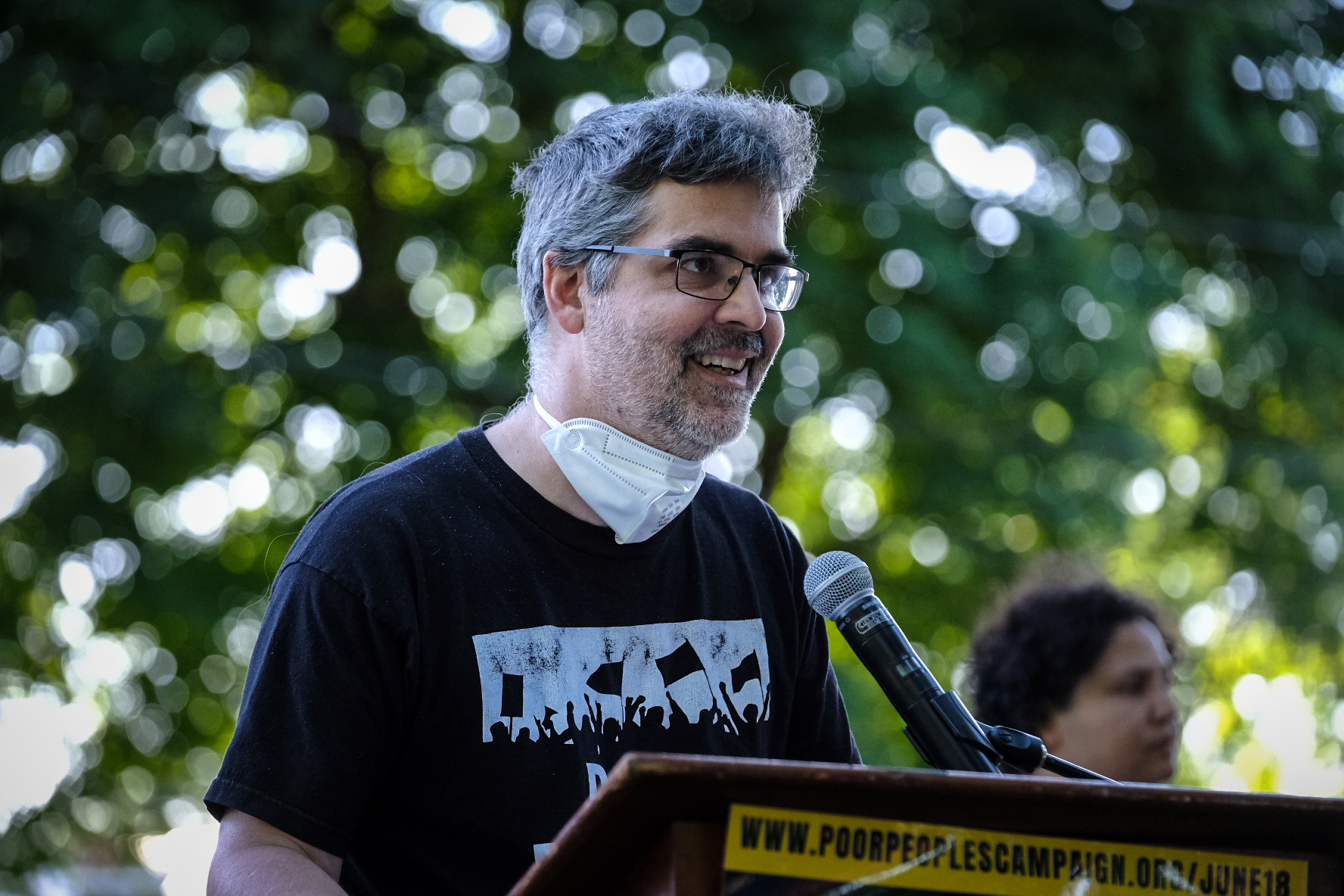 On 4 June 2022, in the lead-up to the Mass Poor People's Assembly and March on Washington DC, national co-chairs Rev. Dr. Liz Theoharis and Bishop William Barber II came to a "street rally" in Lancaster PA. Eric Gjertsen, a member of Payday who is also on the PA PPC coordinating committee, spoke as a family caregiver opposing militarism and the US funding for war in Ukraine. Watch the full rally.